When the adventure becomes business

on April 13, 2015
The world of Minecraft, and indeed, virtual entertainment, is changing. And it mirrors one of many difficult decisions leaders of small organizations need to face when deciding to grow.
As some of you know, I play Minecraft Survival every week. I was introduced to it a few years ago by someone very dear to me, and after getting an account and installing the game, I sat down one evening to try it out.

The next thing I knew was that I felt a bit dizzy. Also, I realized birds were singing outside my window, and it dawned on me that it was no longer evening, or even night. Actually, it was now four o' clock in the morning, and I had completely lost track of time after first spending a scary night holding a wooden sword by a lake with monsters prowling in the dark, followed by building my first little house, all in my virtual world!

I have always been fond of games, exploring my first (blocky) virtual environments on British home computers and even tried my hand at writing a few myself (fortunately forgotten by now) and own more gaming consoles than you can shake a stick at. But growing up and adding responsibilities on top of breaking up the focus time that gets so preciously rare in a business world, meant gradually having less time for me to play computer and video games, and I also found that fewer games held my interest for any length of time when I finally tried them.

Until Minecraft, that is.

But the Minecraft landscape is changing, and it provides an interesting opportunity to view - in real time - how difficult it is to cross the chasm - to go from being a venture and a passion to a sustainable industry in its own right.

First, the founder of Minecraft (and the underlying company Mojang) realized that he did not want to carry the torch of being the spearhead of independent game development. Instead of pioneering the - to me at least - exciting proposition that a game studio could actually evolve into a cultural phenomenon, sustained by its own low-cost, creative, innovative, agile framework, it was promptly sold to Microsoft, something I wrote a little bit about earlier. At this time of writing, it is still hard to know if Microsoft will be able to let Mojang thrive as a small studio, or if they will be heavy handed and kill the creative culture that gave birth to such a mind-boggling success and the amazingly active community that goes along with it.

(At least, Notch himself seems to enjoy being free of the burden of becoming the indie icon figure, visiting fun places with dudebros).

Now, Mindcrack, one of the bigger entertainment groups revolving around Minecraft on YouTube has come to the point that they feel the need to venture beyond being a bunch of friends to "building a legal entity that can offer resources to members that increase the quality of their work and the audience that work receives"

In plain English, this means that they realize the need for more structure and framework in order to grow into something that can protect their trademark and grow the business opportunity. These people are trying to make a living from this emerging form of entertainment, and as a coherent business unit and legal entity they are a much more powerful partner and negotiator than the individuals of Mindcrack. Become more corporate to gain more leverage, to put it bluntly.

This is a reasonable decision, and it does resemble to some extent the small startup company moving out of the garage into the business park, going from any hours to business hours, and adding a HR policy to your intranet. But with that comes the often surprising fact that you now may have to deal with some of your trusted co-workers, possibly even close friends, threatening to leave.

"I did not sign up to work in a big company", "This is becoming too corporate for me", and so on, goes the arguments. Suddenly, you may find colleagues arguing that the new rules should not apply to them. "I used to work my own hours, and I intend to continue doing so".

This can evolve into a true conundrum for management. Do we allow special rules for some of the "old staff" or do we try to corral them within the new framework set for all employees? I often see managers opt for the first route, in order to avoid the conflict. But this sets a dangerous precedent. How far can "old-timers" stretch their special rules? What happens when their set of rules come into conflict with the rules for other employees, and their work ethos? With other old-timers with slightly different rules?

That is why it is so important to deal with the question early on and resolve it in a clear and fair manner. Either you give certain members of staff special privileges, and are open about it with the rest of the organization, or they have to align to the new ways of working. This means that you have to face the option of actually losing them, should you choose the latter way.

And this is why it seems that Mindcrack is losing a few of their top names, who in some cases have a large audience of their own and are strong personalities. It may seem unfair, as they often have brought a great deal of attention and work to the common cause, but it is the unfortunate consequence of not being willing or able to agree to the new ground rules. It may be necessary for the brand to evolve and be able to go places that a start-up venture would not, and could not go.

Whether it will turn out to be a good decision for everyone involved, or whether more flexibility should have been called for, is something that we will only know in the future. And sadly, when facing this decision, as most initially successful start-ups do, no-one will really know.

So trust me when I say that it is indeed not a clear-cut decision. And yet, it has to be made at some point. 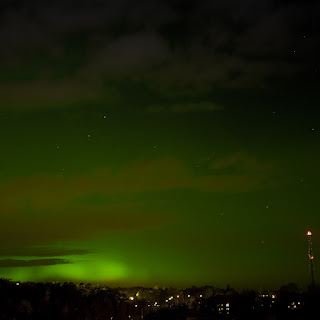