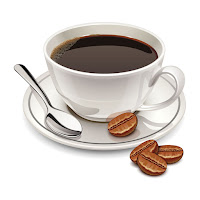 One of the things I learned from reading up on biphasic sleep is that it's ok to miss a nap now and then. Compared to the (totally insane) schedule of polyphasic sleep where you constantly nap your way through the day, it seems reasonable. It's just ingrained in me from my youth that you're not supposed to nap. As a friend of mine commented, "mum always said that sleep during the day will make it difficult to sleep in the night". True, to some extent, but we're just shifting things around here.

So, on the third day I sort of missed my nap.

What's worse, the dinner was really nice, so nice in fact it involved  a couple of Weissbiers and - horror - a cup of coffee.

I am an avid coffee drinker. At home I have dedicated an entire kitchen island to my Ascaso grinder, La Pavoni, Aeropress and Bodum Pebo. Ah. But that is the topic for another blogpost.

The problem is that a dinner with wine or other spirits involved usually lures me into rounding the dinner off with a coffee. Which is perfectly in good order, except that coffee after, say 7 in the evening, does have a negative effect on my night's sleep. It usually turns into an experience of adventurous dreams - not necessarily a bad thing, but I need deep sleep. Especially when sleeping less.

Suffice to say, the night was spent seeing amazing corners of the world and solving ancient mysteries. When the alarm got off at 5:30, I honestly could not push myself out of bed. So, I reset it just over one sleep cycle (40 minutes) and went back to sleep.

The rest of the day felt like I was jetlagged. I never reached the normal level of energy and got back home in something of a zombie state. I held out for the evening nap which I finally succumbed to at around six in the evening and slept for a sound 90 minutes.

Saturday morning I was back in shape again. I decided to sleep in a bit, and got up at 6:30. I am starting to see a slight pattern, but it is too early to say yet. It is still hard to get out of bed, but once I start the morning routine, I experience a surge of energy which lasts until lunchtime. I definitely feel that I'm getting more out of the days - it feels especially useful to sleep away the 60-90 minutes of my evenings that often just feel tired and are too frequently wasted in front of the computer, and in return I get another boost of energy until 12-1230 in the night.

So, my final words for today concerns coffee. Some say that you need to stay off coffee when changing your sleeping patterns. Obviously we can't have any of that, so I'll just have to resist it in the evenings. Not too difficult?
lifehack

So, I just passed the three week mark of my experiment with sleeping twice during the day - a shorter night followed by a long nap in the evening.